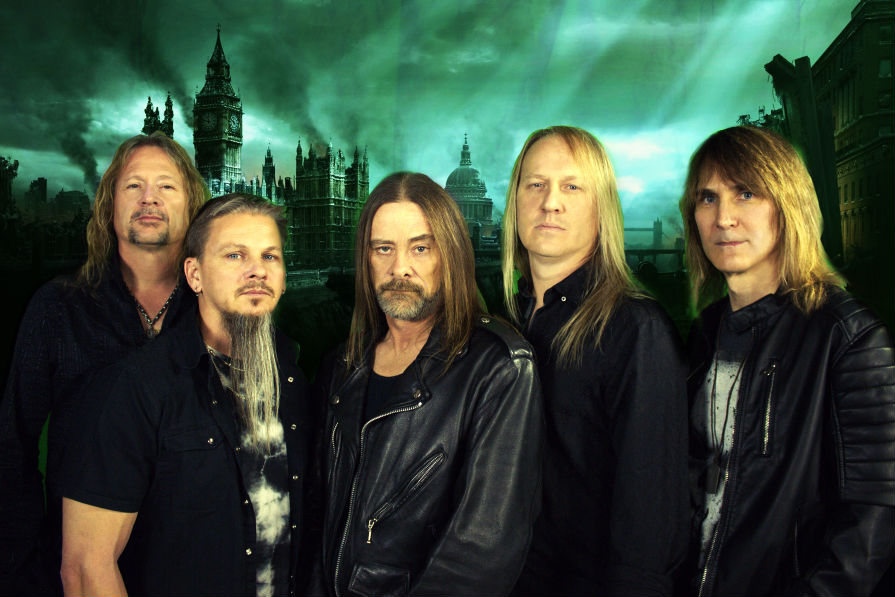 In January of this year, Michael Gilbert, the guitarist for American Thrash Metal Band ‘Flotsam and Jetsam’ told Metal magazine ‘The Metal Voice’ that the band was set to release its new album in June. The album will be the follow-up to their 2019 release ‘The End of Chaos’.

In the interview, Gilbert spoke about the musical direction of the new album, titled ‘Blood on the Water’. “This is the perfect follow-up to ‘Chaos’,” he said. Being their 14th studio album, the new release is set to be both innovative as well as building on their more classic thrash metal repertoire.

Gilbert further told ‘The Metal Voice’, “We couldn’t have planned it any better. We all basically put on our work boots and we started writing, and it ended up coming out. It’s like ‘The End of Chaos’ on steroids, basically. I think you guys are going to love it, man.”

The band’s current line-up includes Eric ‘A.K’ Knutson on vocals, Michael Gilbert and Steve Conley on guitars, Ken Mary on Drums and Bill Bodily on bass guitar. The only new member is bassist Bill Bodily, from the band Contrarian, and ex-member of Inhumatus and Toxik. During the ‘End of Chaos’ tour in 2019, Bodily filled in for the band’s bassist Michael Spencer and has been a permanent member of Flotsam and Jetsam since November 2020.

Bodily told ‘The Metal Voice’ that joining Flotsam and Jetsam was an honor and a big step up in his musical journey. “I’ve been friends with the guys for many years and I’m a lifelong Flotsam fan. I look forward to the many adventures ahead and getting more acquainted with the legendary Flotzilla fans!”

The band commented that the decision to have Billy join the team was a very natural one as he is already well established in the American Thrash and Metal music scene. “Bill Bodily embodies the new focus and hunger within Flotsam and Jetsam. We are extremely excited to have him as part of the Flotzilla family.”

Blood in the Water

In an interview for the YouTube channel ‘Sonic Perspectives’, Michael Gilbert told listeners that the new album is reflective of the times in which it was written and will be released. The album, he said, will be much more aggressive and sped up than their previous albums, without toning down on any of the other musical elements.

When asked by the interviewer whether the situation of the pandemic caused a conscious need for the musicians to express their frustrations, Gilbert’s answer was both yes and no. He told listeners that the current situation was frustrating for everyone, including musicians, who could not perform or go on tour. This frustration was completely natural and simply came out organically in the composition and production of ‘Blood in the Water’

The title-track, which also serves as the lead-in track to the whole album, was written and demoed shortly after the release of ‘The End of Chaos’, admitted the band members. The track is highly dramatic and tries to set the tone for the fast grooves that follow.

In total, the album will have 12 tracks, in the following order:

Of these, the second track ‘Burn the Sky’ has already been released as the single via an official music video. The song features a wicked fast thrash groove and lyrics recounting destruction and corrupt power. The music video is set in a forest with trees on fire and a blizzard hailing down over the band as they rock out on their instruments.

The severe dynamism and energy on the single ‘Burn the Sky’ evidences the particular self-image that the band wants to create. In the interview with Sonic Perspectives Michael Gilbert said, “I don’t want anyone feeling that we are getting old. As long as we continue doing this, we are gonna bring it. Our sound changed through the years influenced by many factors, but what you’re listening to now is who we are and what we will continue to be.”

In the same interview, band drummer Ken Mary shared his thoughts about the album. “The recording of this album was very much a natural process, we really worked together as a team to make sure that everything that needed to be on that record, was indeed on it. I haven’t listened to it for a while and I went back and listened recently, and it really gives the impression that we are really angry.”

New Horizons for Flotsam and Jetsam

When asked about the famous monster on the cover of ‘Blood in the Water’ the band said that this creature has been a mascot of the band and has appeared on much of their album art. The terrifying green sea-monster, known as Flotzilla is, in Michael Gilbert’s words, “this entity that you can’t deal with – you just have to watch it causing destruction and mayhem.” Almost in a nod to the popular culture monster Godzilla, Flotsam and Jetsam have created for themselves an image that expresses the destruction and mayhem of the modern world. We all might be affected by this modern mayhem. But we are also all complicit in it.

All in all, with this new release, Flotsam, and Jetsam, often known as the godfathers of Thrash Metal, are recreating their place in the Thrash and Metal world. Picking up the aggression and speed of their music, they don’t plan on stopping here and mean to firmly maintain their image as the young, dynamic rockers they were known to be during the 1980s.