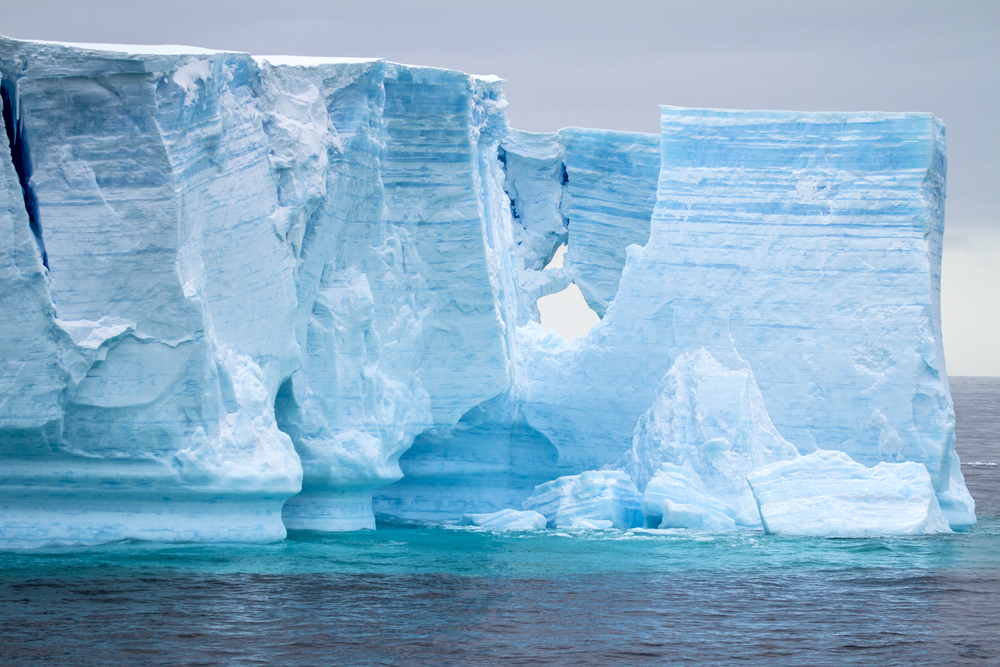 Antarctica is the coldest place on the planet and the Antarctic ice walls are one of our best lines of defense to stop climate change. It’s a nearly uninhabited continent, which is home to penguins and seals and other creatures not found elsewhere on Earth. However, this year, for the first time, the continent witnessed record temperatures in excess of 20C. This has resulted in a lot of the Antarctic ice melting. Not to mention, several pictures of the penguins in the continent flailing around in the mud came forward and horrified the world.

It is a well-known fact that our climate is changing very quickly due to global warming. There’s no telling how fast this trend will continue. One of the biggest lines of defense against the changing climatic conditions is the Antarctic ice walls, according to a study published in the journal Nature. The study states that these walls are vital to climate as they can help prevent rising ocean temperatures and melting glacial ice.

“Spread knowledge. Be passionate. Take practical steps that will inspire your friends. The movement will become bigger than any individual- it will start on your block, encompass your neighborhood, captivate the town, overwhelm your city. Gaining momentum will earn the support of companies and corporations to do their fair share, and the national headlines will proclaim a revolution. It starts with you.” – Avner Yeshurun, Scott Cooper Miami Scholarship Winner

The Antarctic Ice is a Heat Sink

With rising levels of CO2 and heat, as a result, the ocean is getting warmer rapidly. This phenomenon has been affecting temperature levels in different regions across the world. From the forest fires in Australia to sub-zero temperatures in Chicago, citizens worldwide are in distress. However, perhaps, the most devastating effect of climate change that no one could have ever predicted has been in Antarctica, where the temperatures shot up above 20C this year.

Antarctic ice has borne the brunt of the heat that surrounds the entire world. Its ocean is estimated to hold heat energy that can warm the continent’s air by 400 degrees.

A Swedish research team has explored the science behind the ocean currents that are near the floating glaciers of Antarctica. Their measurements indicate that the surge in ice melting in the continent and parts of Greenland is directly related to global warming. It’s due to the warm and salty ocean currents circulating on the continental shelf, which is melting the ice from below. Hence, the temperature of the water beneath the ice is causing the increase in melting – not the warmth of the atmosphere which is a common belief.

The researchers have also found that the ice walls and shelves are their own best protection. Against the warm water intrusions that plague them, the only defense is the shelves themselves. Hence, if nothing is done to counteract the melting ice, it will continue melting at a rapid pace.

However, it is important to note that there once was no conclusive evidence as to the stability of the ice. It is strangely stable and slowly moves outwards from the center of the continent. The glaciers are also notoriously difficult to access and researchers have been unable to find much information about active processes. The knowledge obtained from the research study that was recently carried out has shed some light on these events.

The floating section that the researchers studied was nearly 300 to 800 meters thick. It also had a wall of ice that continued 300-400 meters deep. Warm seawater also flows beneath the edge and towards the continent, while deeper ice is found further south of their position.

The research data collected showed that the ocean currents that were coming inward were stopped by the ice wall. Thus, the ice wall limited the extent to which the warm water reached the continent. Hence, the wall literally acted as a barrier to heat.

However, there was only so much that the ice edge could block. Eventually, the warm waters found their way further and further inside and set the Antarctic ice melting. The small current that made its way beneath the glacier got warmer and warmer. Even though two-thirds of the current never reached further inland to melt the ice, it was only a matter of time.

The result of the study has provided researchers with a better understanding of how these glaciers are defending themselves. The glacier that was studied, called the Getz glacier, provided data that corresponded with the melting ice data from satellites. This means that the floating Antarctic ice glaciers and their walls, in particular, are key areas that should be monitored.

This could lead to a better prognosis of how to handle the situation. It can also show the world where it can focus its energy on tackling the issue of global warming. If the walls are fortified, they can be made to withstand the warmer currents and prevent global warming. However, if they disappear, the warmer currents will reach the ice inland and completely melt it.

Antarctica was Once Much Warmer

At one time, nearly 40 million years ago, Antarctica was much warmer. In fact, the continent witnessed average temperatures between 1 and 10 degrees Celsius. There was vegetation and much more life there than there is now. Sometime later, the continent started to cool and continued that trend for several years, apart from the last half-century.

The rapid warming of the continent has been brought on by man-made climate change, which includes the continuous burning of fossil fuels and rapid industrialization. You can see that with the huge difference in temperatures that brought the Antarctic ice to melt this year with temperatures rising above 20 C.

The Antarctic ice walls are one of the best lines of defense against this impending catastrophe and must be preserved. Otherwise, the climates around the world will only become more intense and deadly. According to the World Health Organization, nearly 150,000 people have died as a result of global warming. That number may well double by 2030. These unusual temperature swings around the world will cause the deaths of thousands per day. If nothing is done to preserve and replenish the ice walls, the trend may well be beyond reversal.

Are you keeping up with XtraPoint Football News?

Why Is a Preventive Strategy Needed to Combat Water Disasters?